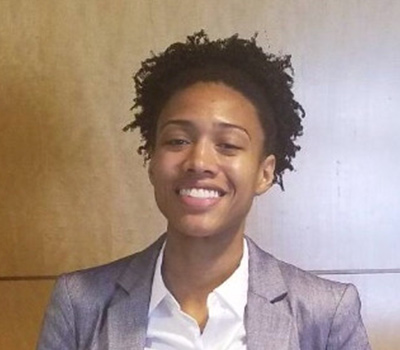 Division of Engineering and Applied Science

Jaimie Marie Stewart is carrying out her research project in Paul Rothemund's lab on "Design, synthesis, and characterization of DNA origami for the detection of nucleic acids and proteins." She aims to develop cost effective and portable bistable origami detectors that are specifically optimized to work with existing platforms for the detection of molecules.

Her hobbies and interests include listening to music and podcasts, traveling, stand-up comedy, playing sports, and entrepreneurship.