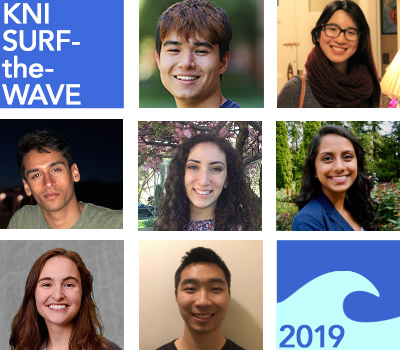 Successful candidates will stay and work at Caltech for 10 weeks over the summer to carry out their own unique research project. These students engage with faculty mentors, staff, graduate students and postdocs while also participating in various program seminars and activities.

The KNI SURF-the-WAVE prize fellows were selected from a competitive pool of SURF and WAVE applicants, and seven inspiring students were chosen for the inaugural cohort. The prize fellows will receive a stipend for the 10-week program, along with supplemental housing support and will have their KNI Laboratory fees covered by the KNI. 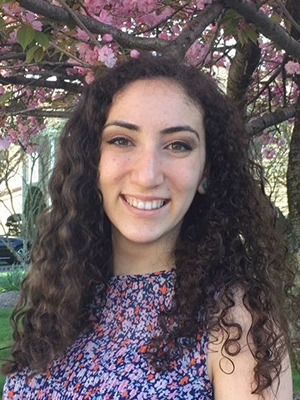 Aziza is a junior at Cooper Union where she majors in Electrical Engineering. This summer she will be working in Oskar Painter's lab to research superconducting quantum circuits, a promising platform for quantum computation. These circuits incorporate Josephson Junction based qubits, microwave resonators, and co-planar waveguides. Her goal is to design a multiplexing microwave circuit in order to conduct many-body quantum experiments with qubits.

Aziza is from Rockaway, NJ, and enjoys reading, singing, dancing and volleyball, along with learning languages and traveling. 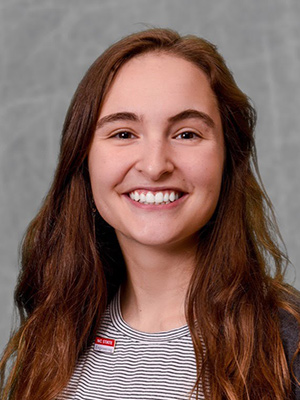 Abby is a senior at North Carolina State University where she majors in Materials Science & Engineering. She will be working in Harry Atwater's research group on Cu-catalyzed carbon dioxide reduction to usable chemical fuels. Abby will be synthesizing various nanoporous-Cu gas diffusion electrodes, then determining how their structure effects catalytic properties using various techniques, including transmission electron microscopy.

Abby is from Stafford, VA, and is involved in science outreach in the community via  demonstrations at elementary schools and libraries, as well as giving tours of lab spaces and campus. She also enjoys calligraphy, painting, hiking, singing, and relaxing at the beach. 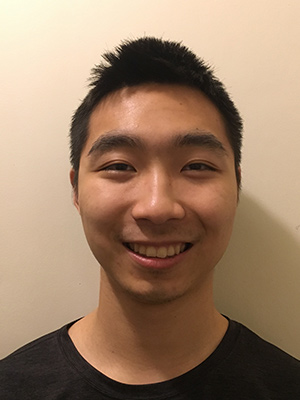 Matthew is a junior at Cornell University where he majors in Applied and Engineering Physics. He will be working with Nai-Chang Yeh's research group and Matthew Hunt (Assist. Dir of Staff Research, KNI) on parameterizing electron beam and helium beam lithography processes to impart the least damage on the TMDC and graphene nanoribbon test pattern edges. He will characterize the damage induced on these test patterns via  Raman spectroscopy, atomic force microscopy, and scanning electron microscopy.  He will also study the Valley Hall Effect of graphene and TMDCs through fabrication of devices made with the Hall bar geometry and lithography.

Matthew is from Potomac, MD and is an avid Dallas Cowboys fan. He enjoys watching football, playing playing basketball and badminton. 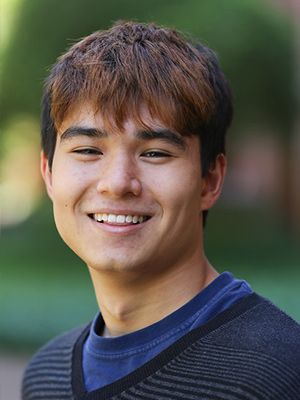 Yakub is a junior at Rice University, majoring in Electrical Engineering and Mathematics. He will be working in Andrei Faraon's lab to optically detect SPEs in point defects in atomically thick 2D materials. His goal is to explore quantum-based alternatives to current silicon-based technologies, which are approaching the limits of Moore's Law. In particular, he will be looking at a class of quantum components called the Single Photon Emitter (SPE). SPEs are light sources that emit light one photon at a time, each with the same wavefunction, making the photons emitted by the SPE indistinguishable. These indistinguishable photons make SPEs a great platform for Quantum Information with applications in quantum communication, quantum key distribution, and quantum simulation. 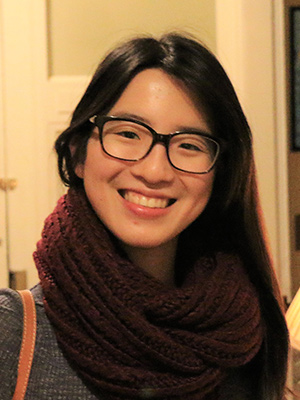 Jacqie is a junior at Harvard University where she majors in Physics. This summer she will be working in Nick Hutzler's lab to build and implement a resonant cavity for frequency-stabilizing lasers. This device consists of two parallel mirrors attached to the ends of a quartz tube; when laser light is directed into the tube, the light will be reflected between the mirrors and due to interference, only certain wavelengths will be preserved. Thus, the resonant cavity provides a systematic method for ensuring frequency stability. This will allow us to achieve laser cooling of atoms and molecules and to perform precise measurements of spin precession as part of experiments to detect permanent electromagnetic moments and probe high energy-physics in a low-energy setting.

Jacqie is from Boston, MA, and loves music. She plays the piano and violin and has participated in solo, chamber and orchestral performances in college. 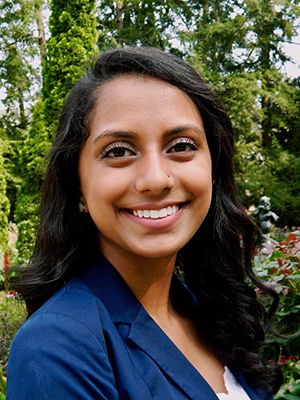 Nidhi is a junior at University of Pennsylvania where she majors in Materials Science and Engineering. This summer she will be working on a project in Axel Scherer’s group along with KNI staff members Matthew Hunt and Alex Wertheim. Her project that is focused on exploring and testing 3D solid-liquid contacts that can be integrated into a biosensor. Multiple variations of these surface architectures will be designed to maximize surface area, minimize electrical impedance, and achieve a high level of sensitivity to designated molecules via physical filtering and surface functionalization. She will fabricate the sensor using cleanroom resources, model the performance of the contacts in electrochemical tests via COMSOL and perform real measurements of these tests and analyze the results.

Nidhi is from Princeton, NJ, and enjoys hiking, listening to sci-fi/fantasy podcasts, reading, and watching documentaries. 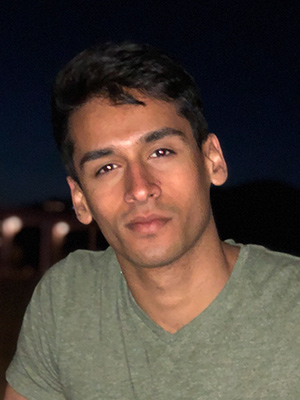 Varun is a freshman at UC Berkeley, majoring in Physics. He will work with Axel Scherer's group, along with Matthew Hunt, on a nanolithography and device nanophysics project. Ion-beam lithography is a process that typically involves firing highly collimated beams of charged particles at semiconducting substrates and is a key step in the fabrication of the 'field effect transistors' that run virtually all modern electronics. His goal is to attain resolutions of lower than 10 nanometers with supramolecular resists, simulate the interactions of the lithographic beam with the surface of incident materials with the latest Monte Carlo simulations, and compare various lithographic parameters to more common resist materials.

Varun was born in Cochin, Kerala, India and has spent most of his life in Dubai. He enjoys swimming, cycling, rugby and playing the drums.