Tirrell is named a member of the American Philosophical Society at the organization's Spring 2019 Meeting. 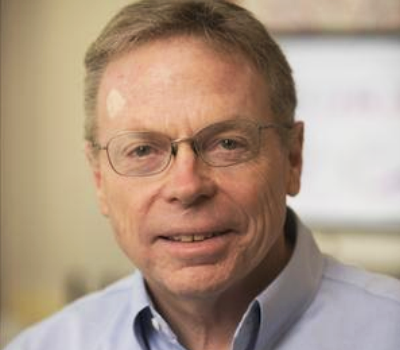 Caltech's provost and Ross McCollum-William H. Corcoran Professor of Chemistry and Chemical Engineering, David Tirrell, has been elected to the 2019 class of American Philosophical Society members. Founded in 1743 by Benjamin Franklin, the American Philosophical Society is comprised of scholars, scientists and professionals across a wide variety of academic disciplines.

As mentioned in the Caltech article by Lori Dejose, "Tirrell works across the disciplines of chemistry, biology, and materials science. He focuses on the genetic code and has shown how modifying the molecular machinery of the cell can lead to new approaches to macromolecular design, protein evolution, biological imaging, and proteome-wide analysis of cellular processes. In recognition of his significant contributions in these areas, Tirrell has received numerous accolades from professional societies and universities around the world. He is one of only 19 individuals elected to all three National Academies: Sciences, Engineering, and Medicine."