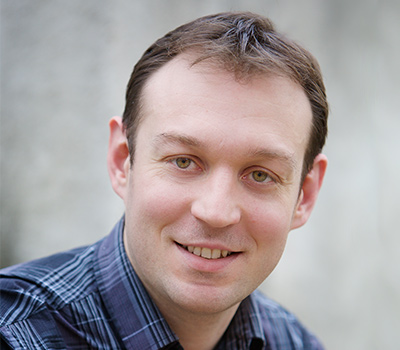 Professor Stevan Nadj-Perge is the recipient of one of this year's Sloan Research Fellowship prizes in Physics. According to the Alfred P. Sloan Foundation's website, these 126 "early-career scholars represent the most promising scientific researchers working today. Their achievements and potential place them among the next generation of scientific leaders in the U.S. and Canada. Winners receive $75,000, which may be spent over a two-year term on any expense supportive of their research."

Professor Nadj-Perge is Assistant Professor of Applied Physics and Materials Science. His group is focused on exploring topological phenomena and quantum coherence in electronic nanodevices. They are using state of the art cryogenic electrical transport and scanning tunneling microscopy facilities. He was named the 2017 KNI-Wheatley Scholar in Nanoscience and gave an Earnest C. Watson Lecture on "Opportunities in Atomic-Scale Legoland: From Novel Electronic Phases to Quantum Devices" on his work.